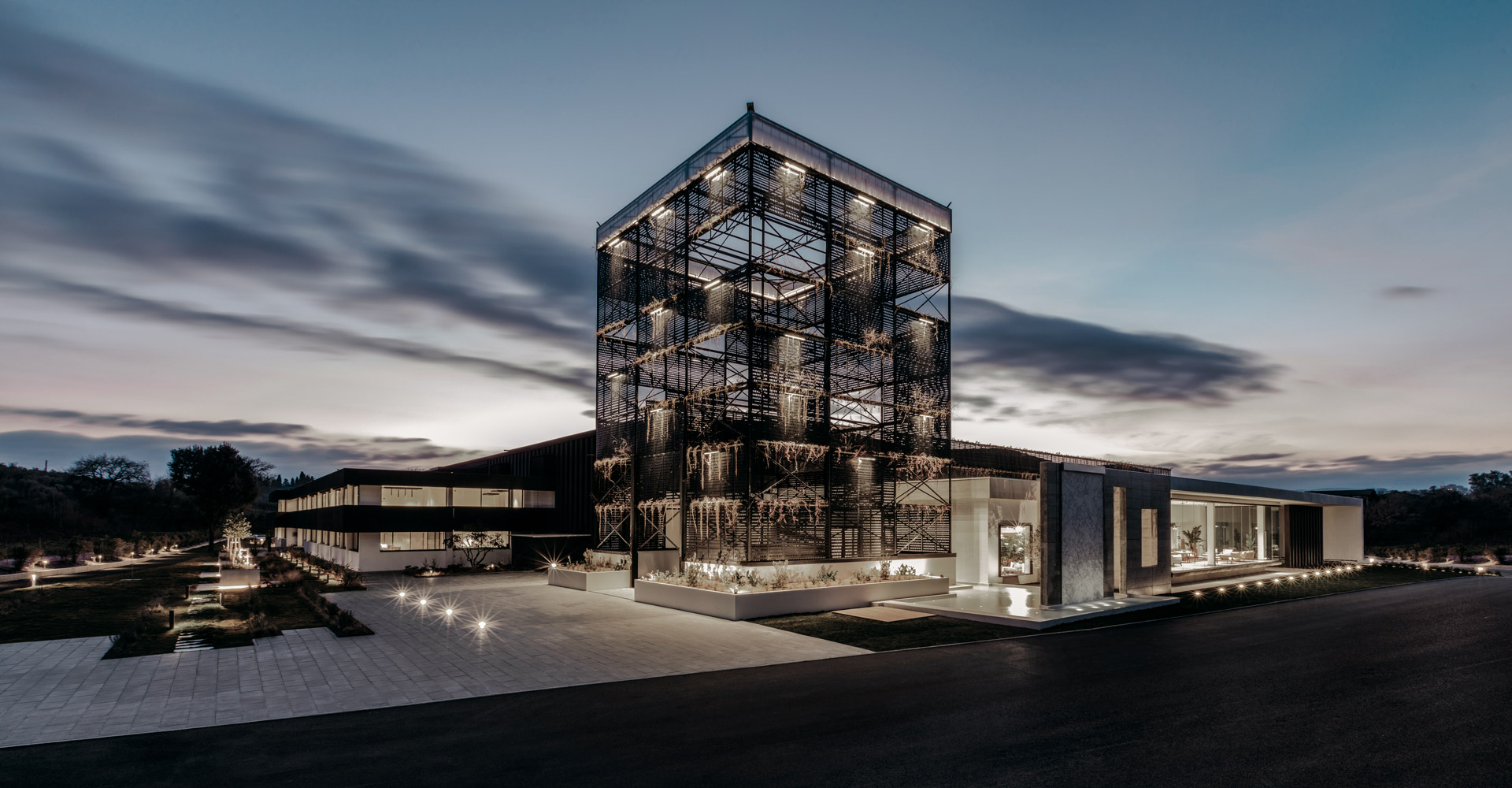 Talenti headquarters is the result of an ambitious recovery project of the former Pastificio Federici, a national reality of Italian pasta in the world until the early 2000s. The aim of the intervention was to adapt the preexisting spaces to a new idea of living the company.

This is an innovative project that covers the entire area of 80,000 square meters, of which about 20,000 are indoors.

The entire area consists of a logistics center, a 2,000 square meter showroom and an area dedicated to offices, all in the name of life in the open air giving priority to the well-being of employees.

The entire project was carried out by the engineer-architect Filippo Cagnotto, founder member of the Progetto Reb studio which was able to translate the company’s mission into architecture. In fact, all those materials that Talenti uses for its products, such as metal and wood, have been used thus creating a coherent and versatile thread. The new HQ is not just a new headquarters, the company wants to send a message to the world of design to show that extraordinary results can be achieved with passion and commitment.

At the basis of the design process there is the desire to treat the entire area of intervention following paths, whether internal or external, characterized by a strong presence of greenery enclosed in well-defined architectural lines.

Stylistic purity, a minimal style, the challenge was to be able to strip and redress an original building with a strongly industrial character with a new contemporary skin. To adapt preexisting spaces to a new way of doing business.

Starting from the warehouse, the area for the storage of products was increased and a department was created for assembly and one for the revision of the goods for a greater quality control. In fact, in the assembly department the product assumes its final configuration and is subjected to a final meticulous check before being sent to the shipping department.

The entire warehouse has been reorganized according to the criteria of fast and lean logistics and an area has been set up for a fast pick-up. Loading bays have been added and subdivided, organizing the flow of material for arrival and departures to obtain a greater production efficiency.

The import and export and commercial offices coexist in a modern open-space designed to facilitate a rapid exchange of information between the whole team.
The rooms dedicated to administrative activities and management offices are hidden by large sliding wooden panels, and guided by a false ceiling made of wooden slats with thread-like lights that follow one another.

A distinctive element of the intervention is the tower, the original silos for storing grain that has become an installation made of plays of light, perforated metal sheets and a strong presence of greenery. The same tower built with different plants that change appearance and color over the course of the year, according to the seasons, exactly reflects the versatility of the company, its dynamism in offering different upholstery and collections, the result of mixtures of different materials with a strong identity.
The showroom tower, in addition to translating a fluid and creative dialogue between in and out, hosts a selection of the most distinctive pieces of the outdoor collection. All outdoor spaces convey the quality and sophisticated elegance that is found in the style of the interiors, since, in line with the Talenti vision, the outdoor environment and therefore the outdoor furniture is treated with the same obsessive care as any indoor product.